The Nuts and Bolts of Low Smoke Zero Halogen Cabling

Low smoke zero halogen compounds not only deliver greater fire protection performance, they have been constantly evolving so that the number of applications and performance are increasing, while relative cost is beginning to decline.

A number of high-profile fires over the past several decades have served to alert just how dangerous plastics can be when burned. In the King’s Cross fire in the late 1980s, for example, 32 people died in a London underground subway from the toxic fumes. That one incident prompted the U.K. to initiate more stringent standards to prevent halogen-related deaths, even though at that time the cable would not be as flame retardant as PVC jacketed cable. 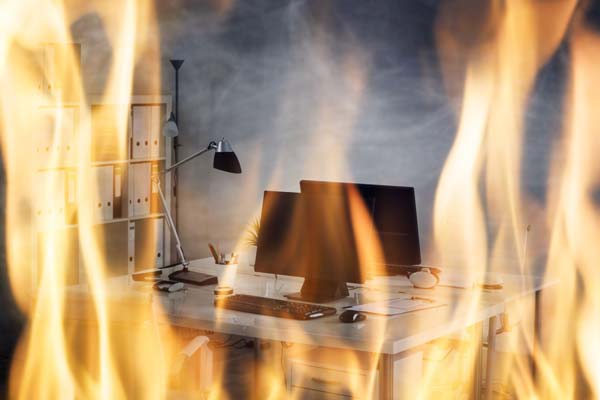 In addition to fatal fires, the sheer volume of cable that exists today adds fuel to residential, commercial and industrial settings. In response, materials with a high resistance to fire were developed with little performance penalty. Low smoke zero halogen (LSZH) compounds not only deliver greater fire protection performance, they have been constantly evolving so that the number of applications and performance are increasing, while relative cost is beginning to decline.

Before looking at the particulars of LSZH wire and cable compared with the use of PVC-based products, it’s important to wade through the plethora of terms involved.

The industry is quite familiar with such communications cable terms as CM, PVC and LSZH. There are, however, endless terms that mean the same thing, almost the same thing and definitions not even in the same ballpark. Here, then, is a list that might help:

Clearly, when making such a critical decision, engineers must know what it is they’re choosing from, and that they’re getting what they need and also what they are paying for.

The Growing Importance of LSZH

Low smoke zero halogen cable insulation and jacket have no fluorine, chlorine, bromine, iodine or astatine, so they do not emit toxic or corrosive fumes and create minimal smoke when fire is present. LSZH cables feature a flame-resistant jacket that doesn’t emit toxic fumes even if burned. 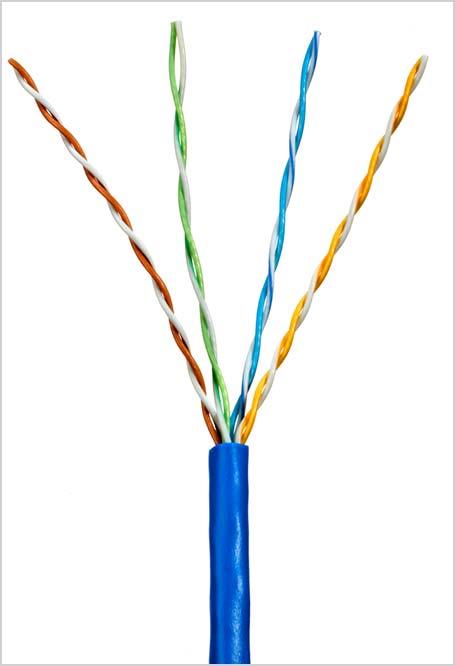 ​Given the absence of PVC, when burned, LSZH cable produces small amounts of light grey smoke and minute levels of hydrochloric acid (HCl), increasing the chance of escape during a fire. Sheath and conductor insulation of the cable can be made from polyethylene, containing little chlorine, so that HCl is not an issue.

A Low Smoke Halogen Free (LSHF) certification from UL indicates that the combustible materials in use are halogen free and also comply with low smoke requirements when tested in accordance with IEC 61034-2. To be designated zero-halogen, the material must have less than 0.2% of halogens by weight. Ensuring compliance involves UL testing, adherence to MIL-C-24643, acid gas testing to establish a pH level under 3, testing for halogen content, smoke release and acid-gas equivalence.

If LSZH has a downside in addition to a cost premium of approximately 30%, it is not as flexible as PVC and therefore more prone to jacket cracking during installation. Installation may require special lubrication to avoid damage, especially in cold environments. For that reason, it is generally not ideal for robotic or continuous flex applications. Advances in the underlying compound materials and processing continue to lessen some of these issues. ZHTPU is an example of a zero halogen material suitable for robotics.

The Up and Downside of PVC

Polyvinyl chloride (PVC) has been the traditional go-to wiring and cable material for more than 60 years. While it has a long life, is inexpensive to make and features compounds and processes that have gradually improved over the years, it also has some negatives.

When PVC burns, it produces chemicals and dense black smoke, rapidly reducing visibility. Within approximately 10 minutes, visibility is down by 50% and within a half hour, 90%. The result is a dramatic decrease in a person’s ability to escape. However, visibility isn’t the only problem. A burning PVC cable also emits hydrochloric acid and other toxic gases when it burns. Hydrogen chloride (HCl) can represent up to 30% of the emissions. When it is mixed with water, it forms hydrochloric acid, which is toxic as well as corrosive.

When HCl is inhaled, breathing becomes extremely difficult as the lining of the throat swells. If it comes in contact with eyes, it causes irritation all the way to permanent corneal damage. It also damages mucus membranes. Given these physical reactions combined with impeded visibility, it is easy to see why fatalities are high in building fires. In the King’s Cross Station fire, many died from smoke and fume inhalation.

Yet PVC, when not used in an area where there is a high level of humans, has its advantages, including:

Both LSZH and PVC cables feature excellent performance. Comparing them side by side, their differences become clear.

The advantage of halogenated flame retardants is that they are cost-effective and reduce the flammability of products without negatively affecting the processing properties of the polymers. Once heated, however, LSZH shines. PVC cable when burned emits toxic chemical fumes and acid. LSZH cable meets both health and safety standards.

Halogen-free wiring is still more complex and expensive to produce, uses more electricity and water in the process, and production is slower than PVC. In comparison, PVC is easier to process. It can be melted and made with a small amount of energy.

In an environment on fire, when visibility is reduced by up to 90% and with high HCl emissions, the difference between the two is even clearer. If the health and safety demands fire-proof cables, LSZH is worth the expense. If not, PVC cables are most likely the solution.

In the future, however, as the cost of LSZH comes closer to parity with PVC, and the attractiveness of being able to offer one cable globally becomes increasingly more important in a standard-centric world, LSZH will most likely begin to replace PVC across the board.

For most companies currently using LSZH cable, the application represents the deciding factor for the transition from PVC.

Halogen-free cable is intended for use in applications where insulation with low toxicity, low smoke generation and low corrosiveness is necessary, such as:

While widespread use exists in Europe, the U.S. has lagged based on expense and performance concerns as well as complex building standards. Historically cable designs in Europe were often unable to pass testing standards prevalent in the U.S. 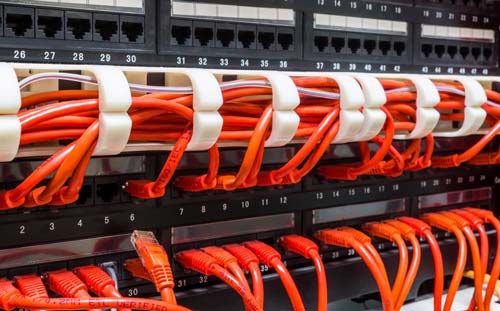 Figure 3: Data centers – with their enormous amount of cabling – are particularly susceptible to catastrophic fires. The adoption of LSZH cabling can make a world of difference in these environments. (Source: Adobe Stock)

Applications in cold environments are difficult with LSZH cables, as there is reduced flexibility of the cables based on high additive loading. One advantage is low friction, enabling a move toward jackets that do not require lubrication often used during cable pulls.

Modern data centers, laden with large amounts of cabling and enclosed spaces containing cooling systems, are beginning to move towards LSZH adoption. It is reasonable to expect this trend to continue as the technology’s popularity takes hold based on safety and its environmentally friendly designation.

Insurance companies are also specifying LSZH cable. Globalization of the cable design, often called “dual rated,” will simplify installation, training and logistics. The ability to cover both Europe and North America will be significant.

A Look at Evolving Global Standards

Globally, while European safety standards have concentrated primarily on low smoke and zero halogen (LSZH) cable as well as electrical requirements, standards in the U.S. have focused on fire resistant properties and propagation of flame resistance during fires. In North America, the onus is on meeting building codes where there are more stringent electrical requirements, as well as an emphasis on wet electrical properties.

Given that U.S. and European standards are, in effect, diametrically opposed, it is important for wire and cable suppliers and consumers to have a product that will address a wide range of requirements, while meeting global standards along the way.

In addition to a variation in standards, there is also substantial confusion regarding low smoke zero halogen cables and the materials involved. Part of the confusion surrounds the product itself, variations as to what LSZH means and the fact that although cable suppliers are likely attempting to offer the best product possible, self-certification and testing can be counterproductive. The standards themselves have led to confusion. Here is a recap ranging from earlier standards to the latest, for example, and it is apparent as to why variations in halogen content exist:

IEC 60754-1—Test on gases evolved during combustion of materials from cables—Part 1: Determination of the halogen acid gas content

IEC 60754-2—Test on gases evolved during combustion of materials from cables—Part 2: Determination of acidity (by pH measurement) and conductivity

The above standards fail to consider chlorine, bromine or fluorine content and use the titration and pH and conductivity methods, respectively, to test halogen content. IEC 60754-2 describes recommended pH value performance values rather than mandating them.

In 2015, the IEC developed the LSHF 62821-1, -2 and -3 standard series, Electric Cables—Halogen Free, Low Smoke, Thermoplastic-Insulated and Sheathed Cables of Rated Voltages up to and including 450/750 V.

This standard prompted the UL to create two certification programs, a material recognition service that employs test methods from IEC 60754-1/-2 and IEC 62821-1/-2 under Subject Outline UL 2885, Outline of Investigation for Acid Gas, Acidity and Conductivity of Combusted Material and Assessment of Halogens. Cables certified under UL’s Recognized Component program are published in UL’s Online Certifications Directory so that cable manufacturers globally can search for compliant halogen-free wire and cable materials.

There are additional standards that are not as comprehensive as the above-mentioned ones, only covering cable jackets, for example, rather than the complete cable construction.

Additional tests over and above those carried out on PVC/LSF variants include:

In an Actual Fire

In a fire situation, many synthetic materials will burn. In most fires, PVC is only one of the culprits. In several documented cases involving the presence of PVC, however, the fires would not have occurred, spread rapidly or emitted gases and chemicals that were life threatening if PVC were not present.

There are four elements involved with the burning of PVC, including hydrochloric acid in the smoke, dioxin, the spread of the fire, and wire and cable insulation. When PVC is involved, the fatalities are due to smoke inhalation. Today, that means hydrochloric acid in the smoke, while in the past, when substantially less synthetics are used in the environment (including wire and cable), it would have meant carbon monoxide in the smoke. These synthetics include not only PVC, but also vinyl in tile, plastic in furniture and carpeting, etc. The tragedy, unfortunately, is that the environment rapidly becomes a virtual gas chamber, often in just a couple of minutes.

Halogens produce toxic and corrosive combustion byproducts. While on one hand they are flame retardant in nature, they emit toxic gases when burned and damage electronics. PVC will remain a viable solution for wire and cable well into the future, because of its versatile performance and cost effectiveness. In closed environments, however, LSZH continues to gain in popularity. Not only is it substantially safer to use where humans are working or living, compound formulation continues to dramatically improve LSZH, and standards now exist to ensure the product is compliant to today’s stringent testing and chemical requirements.

As the use of LSZH climbs, it is important to establish that what is being purchased is actually LSZH. The availability of testing and criteria established by the UL was needed to spur transition, moving from supplier self-certification to an important standard and clear and verifiable criteria. Still, there is substantial material on the market today that claims to be low-smoke but actually is not.

Quabbin Wire & Cable, for example, has an LSZH product available now that meets the flame and low smoke requirements and complies with IEC 60754 and IEC 62821, but haven’t completed certification yet. Expectations are that a move toward LSZH will continue to gain traction as suppliers become UL compliant and its cost continues to decline.