Most people associated with the LAN premise equipment market are aware that patch cords matter, especially if their networks are running 100Base-T or higher speed protocols. At faster data rates, cords have a huge impact on LAN performance, error rates, and channel throughput. As evidence, the TIA advises that if you have a LAN problem, the first thing you should do is change your patch cords. Until recently, cords could not be easily tested, so most users simply believe what is printed on the cord's cable jacket or package and purchase cords based on lowest price.

Mid 2002 the TIA issued the industry's first patch cord test procedure (TIA/EIA-568-B.2-1, Annex J). This test procedure requires a network analyzer, complex fixturing, and highly trained personnel. It is not intended for use in the field or a production environment. Most patch cord assembly houses could not afford the equipment or personnel to do proper testing, but they realized their customers could not test cords either. Therefore, they could claim anything.

Early in 2003, Fluke Networks introduced a patch cord test adaptor that simply and efficiently tested cords to the full requirements of TIA/EIA-568-B; including length, NEXT, wire map, and return loss. Quabbin Wire had previously doubted the quality and consistency of many low-priced cords, and now this new test ability allowed quick and accurate cord evaluation. Realizing this new testing capability had the potential to make the patch cord market honest, they instituted this test program. 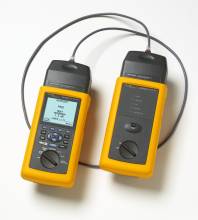 Quabbin first considered cord “interoperability”. Interoperability means that if you use compliant components from different vendors and install them properly, then the system will also comply. Most Category 5e components and cords are typically interoperable, however, many Category 6 premise hardware manufacturers offer system warranties contingent upon installing their own proprietary cords. Since the TIA's Cat 6 patch cord and channel requirements are written around the principle of component interoperability, Quabbin decided not to include any system-proprietary cordage but only cords available on the open market.

Ninety-six Category 5e and fifty-three Category 6 rated cords were tested. These 149 cords were purchased on the open-market from 34 different vendors, including distributors, retail outlets, assemblers, and catalog houses. Where possible, three or four samples of each category in 2-meter and 3-meter lengths were obtained. Suppliers were well distributed across the USA. See Table 1 for a detailed summary.

Each cord was specifically identified as to vendor, bulk cable manufacturer, sales channel, and performance category. The purchase price of a 2-meter cord was also recorded to correlate performance to cost.

Category 5e cord testing results were very surprising. Since many systems sold are Cat 5e, one would think that few cords would fail; however, the testing revealed a 69.8% failure rate. Because Category 6 cord requirements are newer and much more severe, higher failure rates could be anticipated. We were not disappointed. The data showed 83% of Cat 6 cords tested did not meet the TIA requirements. These failure rates were roughly equivalent across all purchase channels. Statistical calculation based on the assumption of an infinite number of cords available finds that this data is accurate within 10% with a 90% confidence factor.

Category 6 failures were predominately huge NEXT issues; however, many failed both NEXT and RL. No Cat 6 cords failed RL alone. Failed Category 5e cords had smaller failure margins, with NEXT and RL problems more evenly distributed. Many failing cords exhibited damaged or deformed cable, inconsistent assembly techniques, and too tightly coiled packaging. It was apparent that most cord assemblers do not have the proper manufacturing processes or testing capability to consistently produce compliant Cat 5e or Cat 6 cords.

There was minimal cost to performance correlation. For example, the cost of a 2-meter Cat 6 cord had a variation from about $1.00 from one assembler to almost $20.00 at a retail outlet, and both cords failed. In fact, many of the most expensive Category 6 cords did not even meet Category 5e limits.

Other Observations and Conclusions

One Cat 5e assembler had 100% passing samples. They use high quality bulk cable and plugs, combined with good handling, assembly, and packaging techniques. Another assembler uses similar techniques to produce Category 6 cords. Although they currently do not test their cords, they had only 25% failure rate. We can, therefore, conclude that it is possible to produce high volume, fully compliant Category 5e and 6 patch cords if you combine the proper cable, plugs, assembly methods, and test gear.

This patch cord test program proved that most open-market cords currently labeled Category 5e or Category 6 fail to meet the TIA's published requirements. This is a result of the fact that until mid 2002 there were no published cord test procedures or requirements. Then, when the TIA did publish requirements and a procedure, it was not intended for field use. This situation allowed cord manufacturers to claim anything, knowing their product would likely never be tested.

However, that has now changed with the availability of a simple, accurate and cost effective cord test capability. The patch cord market is being forced to become honest. Cord manufacturers can easily test and verify performance, distributors can demand it, installers can verify it, and ultimate end users will get the performance they paid for. This is a win-win situation for everyone.

Due to market need and the conclusions from this test program, Quabbin is training Assembler Partners to produce patch cords that are 100% tested to the full requirements of TIA/EIA-568-B. These cords have sufficient performance margin that they offer interoperability in most OEM's Category 6 channels and also backward compatibility with legacy Cat 3, 4, 5, and 5e networks. They are constructed using DataMax 6 stranded bulk cable, a true Category 6 plug with a wire management load-bar, and tightly controlled assembly techniques. Best of all, every cord is backed by actual test data, assuring the buyer or end user they are getting the performance they paid for and have the right to expect.